Fabio has been for over 8 years Head of Sales for Southern Europe for SEB Asset Management, the wealth management division of the Swedish banking group Skandinaviska Enskilda Bank (SEB). London-based, in charge of developing the covered area with a sales-team focused on the full array of SEB AM funds: UCITS alternative, long only, as well as real estate and private equity funds. Successful development of a solid and stable client base (mainly Institutional: large pension funds, insurance companies, multimanager funds of funds). Fabio has over 20 years of experience in the financial sector (Investment Banking for the first ten years and Asset Management afterwards). Before working for SEB AM, Fabio worked for Key Asset Management and few leading investment banks, such as JP Morgan, Credit Lyonnais Securities, and Commerzbank Securities as Head of the Italian team in the Corporate Finance division. Fabio holds a CEMS Master’s degree in Business Administration at the Erasmus University, Rotterdam (NL) and a full honours degree in Business Administration from Bocconi University in Milan.

David Charters has an extensive track record of achievement in financial services over 20 years as a Director of SG Warburg Securities, Managing Director at Deutsche Bank and then as an independent practitioner.

He entered The City in 1988 after five years in the UK Foreign Office which he joined from Cambridge University, where he graduated with a first class honours degree in Modern Languages.

He was head of equity syndicate at both Warburg and then Deutsche in London and was responsible for global equity new issue operations. He worked on many of the largest and most innovative flotations and privatisations, for companies as diverse as Eurotunnel, Repsol, Euro Disneyland, Deutsche Telekom, amazon.com, e*trade and EADS.

He was responsible at both banks for building and developing substantial global businesses operating from multiple local hubs. At Deutsche he co-headed the bank’s Technology Venture Capital Investment unit within Equity Capital Markets, which invested the firm’s own capital in a diverse portfolio of technology and media related businesses in the US, Europe and Israel. Following the success of this unit he retired from the City at 39 in order to pursue private investment interests.

As a private practitioner since 2000 he has invested in over twenty companies and advised a broad range of clients. He has substantial expertise in and investment returns from the software, leisure, business services and property sectors. He has had extensive involvement in developing companies at board level either as Chairman or NED. Current and past directorships include the security company Protection Group International, in recent years one of the UK’s fastest growing companies, the innovative legal services company LawVest, whose RiverView Law business is helping to force the pace of change in the provision of legal services in the UK, VTB Bank Europe plc (previously the Moscow Narodny Bank), the business support services company AdviserPlus Ltd and the D Group, the UK’s leading senior executive business networking organisation.

Outside his financial sector involvements he is a published author, with two collections of short stories and five novels set in the City.  He is a co-founder and was inaugural chair of the Beacon Prize for Philanthropy, has served as a trustee of Action for Blind People, the UK’s third largest visual impairment charity, and as a City of Westminster magistrate.  He is a trustee of the John Smith Memorial Trust, which runs a fellowship programme for young leaders from countries in the former Soviet Union and the Middle East. 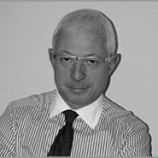 Maurizio has a solid academic background. He studied at the University of Turin in Maths and Science and then he achieved a PhD in Banking Sciences at the University of Pavia. He started working for COMIT (Banca Commerciale Italiana) as Head of Private Banking Division for two years. The commitment was responsible for the asset management of the Commissionaria Lombarda for international investments (1988). Three years later, he moved to Geneva to work with Banca Romande, the so called Banque Jura Laufen and immediately afterwards he worked for JP Morgan, as Relationship Manager for the Italian and Swiss market. In 1995 he successfully joined the IFX team - London, Forex and Derivatives marketing, as Head of Marketing for South France. After four years, Geneva became again his work place where he worked as Relationship Manager for Pictet&Co - Institutional Advisory, one of the first asset manager in Switzerland. Since late 2009 he has worked at IFP A. G. - CH which aims to be a boutique of niche products and alternative investments by presenting itself as a consultant specialized in fund selection. IFP’s clients network essentially comprises institutional investors. In 2012 he collaborated with SFP Funds Distribution SA, a duly organized company authorized by the Swiss supervisory authority (FINMA) to act as distributor within the meaning of the structures.

In 2013 he joined the Strategic Investment Advisory Group - Ziegelbrucke.

Sergio La Rocca is an experienced Analyst specialized in investing in assets such as: bonds, equities, funds, ETFs, alternative investments and currencies.

He has been working for 8+ years in different Investment Management companies like BNP Paribas, SAXO Bank, Acuma HK, starting as an analyst and working with private, HNWIs, FOs and Institutionals, achieving a strong knowledge of the asset management environment at a global level with a focus on Italian and European Institutionals.

He graduated from Pisa Univerisity with the thesis "Credit Derivatives: management tools of credit risk" and then achieved his Master's in Banking Finance and Stock Exchange at Pisa University, with the thesis "Non-Performing Loans in banks: tools and strategies for their reduction".

In Trinity Investment Partners he is responsible of managing projects for tailored investment opportunities directed to Institutionals, focusing on Trinity's projects from regulatory compliance to clients' relationship management.